Estonia is a magnificent country in the northern part of Europe and is famous for housing over 1,500 islands. It shares its border with the Gulf of Finland and the Baltic Sea. Estonia’s landscape is filled with numerous dense forests, rocky beaches, and several mesmerizing lakes. One can even get a chance to witness some of the most beautifully built architectural wonders like churches, castles, and fortresses. A number of interesting events are hosted during many famous festivals in Estonia. These festivals are perfect who wish to get an insight into the traditions and cultures of this destination. Take a look!

One can indulge in a variety of activities at these events and have a great time with family and friends. The best 15 festivals in Estonia 2022 which are worth attending are given below. 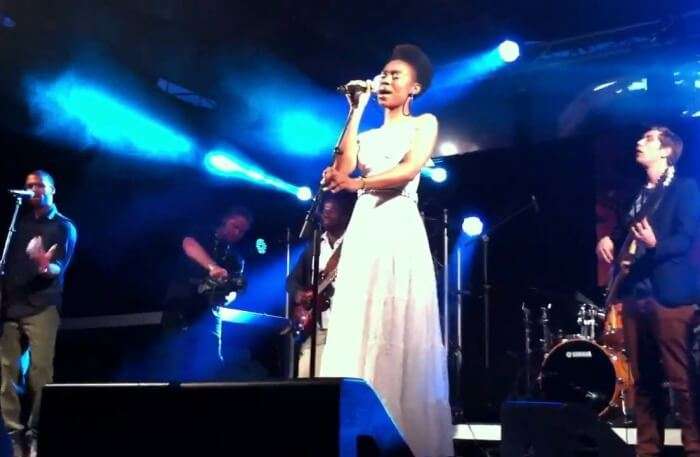 This music festival in Estonia has been celebrated for over 21 years. It is conducted every year for a period of around 4 days in the tiny island Muhu. Jazz musicians from all around the world gather here to put together a musical event which is loved by all the music fanatics. Muhu island in itself is a very beautiful and cozy island which comes to life during this event. The whole event takes place amidst nature and offers the best musical experience for all the visitors. One can even get to interact with the locals over here who very hospitable and friendly. Many food stalls are installed during this festival which serves delicious local street food. 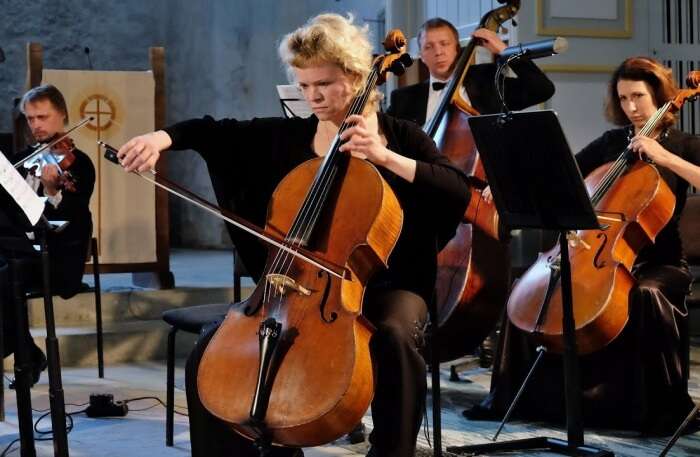 This festival is dedicated to a famous Russian music composer, Pyotr Tchaikovsky. He had once come to Estonia to spend a summer vacation along with his compatriots and stayed in a cozy resort town called Haapsalu. This place is about an hour’s drive away from the capital city, Tallinn. This music composer enjoyed his stay so much that he again revisited Estonia a year later and this time he stayed in Sillamae. Haapsalu is known worldwide to have hosted many great artists from Russia and it is now the place where the grand Haapsalu Tchaikovsky festival takes place. Famous Russian musicians will be featured during this festival along with many other performances and acts by talented artists.

Experience Estonia Nightlife At Its Best By Visiting These 15 Places

3. Into The Valley Festival 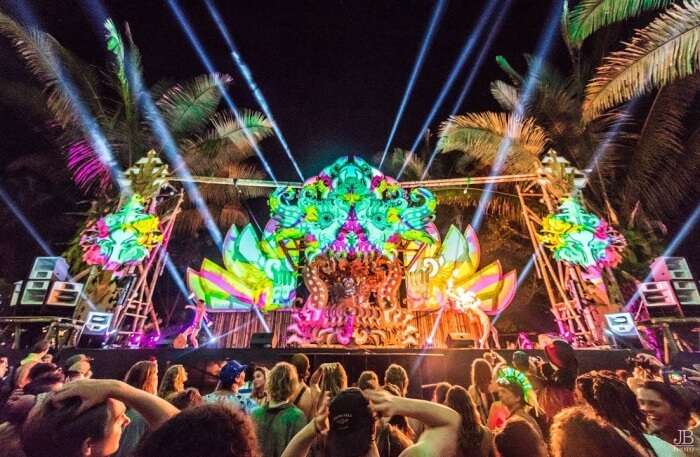 The boutique festival, Into the Valley, is a programme which involves high-quality music, gourmet and art. This festival is conducted in many places in the world and Estonia is one of them. People got to witness this music festival for the first time in the year 2015 in Sweden, and since then the fan following for this event has kept increasing. Into The Valley Festival is spread over a time period of three days and it features more than 60 musicians and DJs from all over the world. 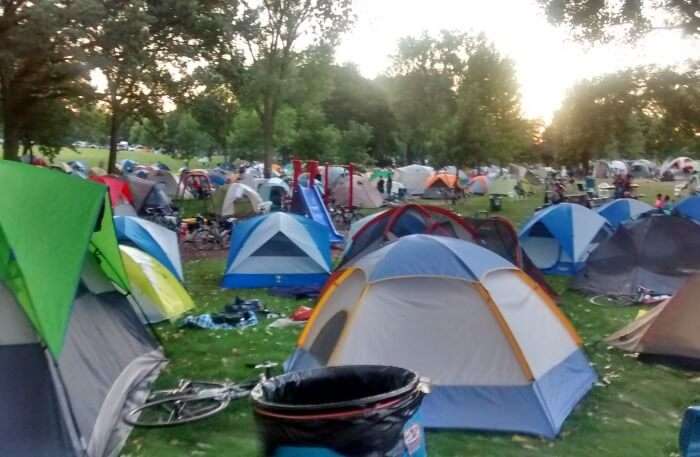 As the name suggests, this is a hard rock festival which features world famous rock bands. This event first started in Estonia more than a decade ago. Several foreign talented artists star in this Hard Rock Camp event and they never fail to impress the audience with their metal rock music. What makes this event even more amazing is the location where it takes place. Vana-Vigala hosts this event which is a small village near Marjamaa Parish in Rapla County. More than 22 artists from around the world grace this event. 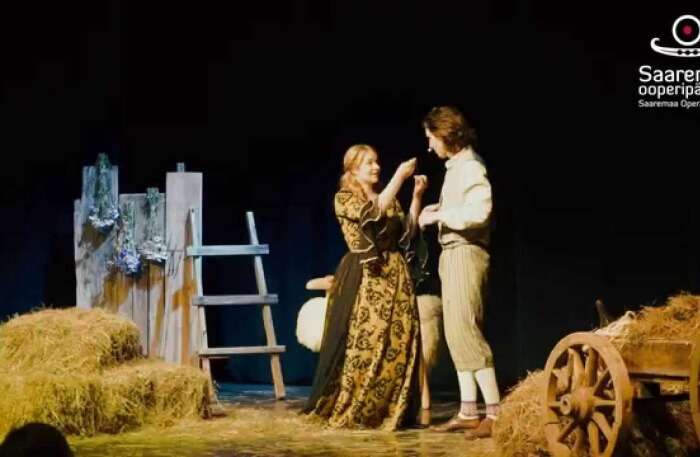 The event, Opera Days is conducted every year in Estonia for a decade. As the name indicates, this event takes place in the beautiful Saaremaa island. More than 2000 guests can be seated in the opera house where this event takes place. This opera house is located in the courtyard of the Bishop’s Castle which is a magnificent building erected in the 13th century. People at Saaremaa Opera Days event have got to witness some famous musical numbers like “A Masked Ball” by Verdi, “Lohengrin” by Wagner, “Gianni Schicchi” by Puccini and “Cavalleria Rusticana” by Mascagni.

Winter In Estonia: 11 Amazing Places That Will Leave You Awestruck In No Time! 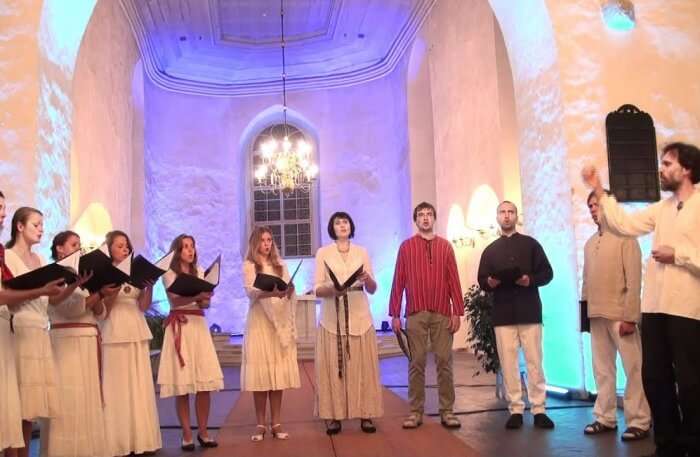 This is a famous music festival in Estonia in Europe which is much awaited by every local music lover. It is the most anticipated music festival which is conducted annually in Estonia during the summer season. It is generally conducted during the last weekend of July. The cozy and quiet Viljandi town gets transformed magically into a colorful well-lit town. Viljandi Music Festival first started as a traditional Estonian folklore music festival and then transformed into an international event featuring several foreign talented artists. Now, it is counted amongst the most popular music festivals of Europe. 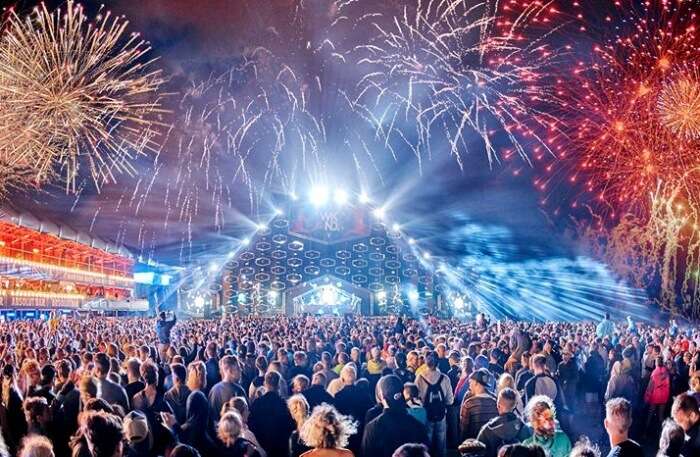 This is one of the largest electronic music and dance festival in Estonia. It takes place in the Nordic countries and has been regularly taking place in the Parnu region in Estonia for a long period of time. The town is the home to the most wonderful sandy beach which has the most atmosphere. This location makes the Weekend Festival Baltic event an even better experience. The most talented and popular pop music stars from all over the world are featured here making it one of the grandest events in Estonia. Musicians like Chainsmokers, Deadmau5 and Armin Van Buuren are a few of the many artists who have made this event a success in the past through their mesmerizing performances. 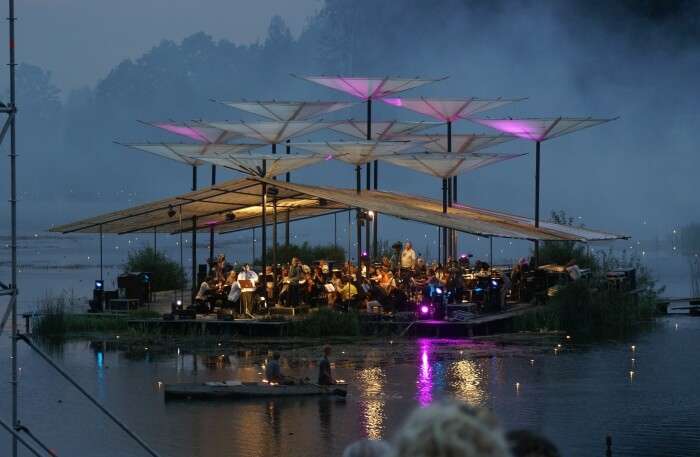 Leigo Lake Music festival is conducted every year in the southern region of Estonia. What makes this event so special is that it takes place in the most beautiful and nature-driven part of Estonia. Multiple stages featuring several bands are featured here. The musical performances range from the classic songs to the hard metal rock numbers. As the sun starts setting the evening sky gets lit up with Leigo styled firework display and floating tea lights. One can get a chance to make wonderful and unique memories here with their friends and family. 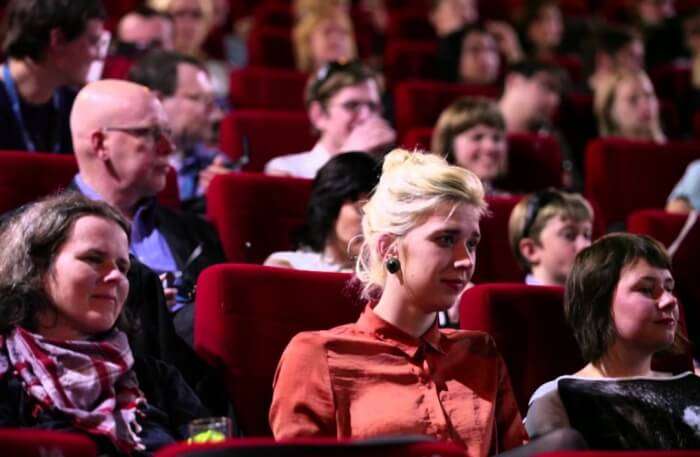 Things To Do While Celebrating Christmas In Europe: A Perfect Vacation 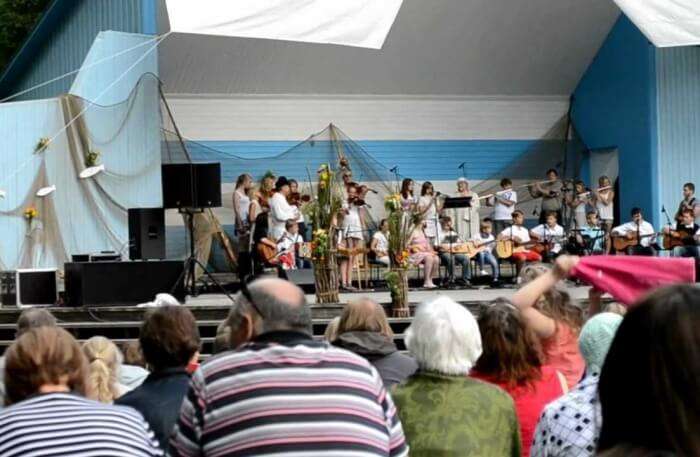 This is a traditional Estonian folk festival which is conducted in a family-friendly way. This event includes a lot of musical events and several workshops as well. Mainly the traditional folk music of Estonia is included in this event but many performers from other places feature here as well. Hiiu folk festival started in the year 2005 and since then it has been loved and appreciated by all the locals. During the event, one can learn old Estonian dances, get to know the folk tradition, hear and play different instruments and try out hiking in Hiiumaa island. Hiiu Folk Festival is known to be one of the best traditional festivals in Estonia. 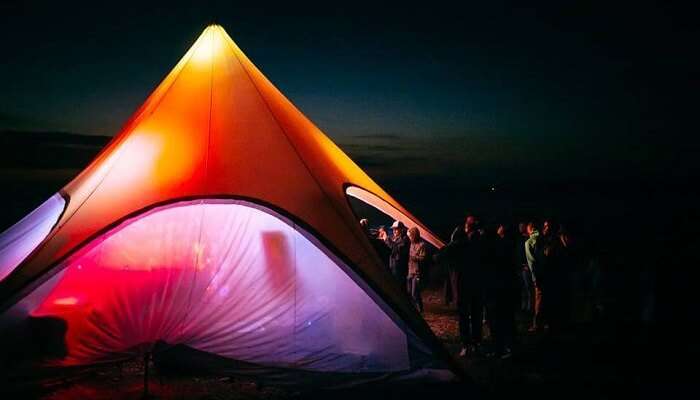 The name may suggest that it is one of the winter music festivals in Estonia, but Kalana Saund Winter Wonder is actually one of the most lively and vibrant summer festivals. Taking place right next to a gigantic, clear sea, this festival boasts about a variety of music that is played, ranging from techno and house to hip-hop and latest pop. This is one festival where one can witness live performances by all the hot-shot celebrities and be a part of mass singalongs. 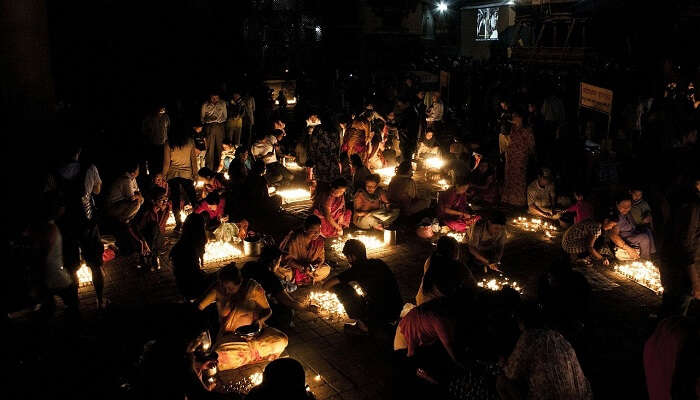 Showcasing the city in the most beautiful and vivacious manner, the Walking Lights Festival boasts about celebrating the cityscapes, greeneries, and city parks in Tallinn. Witness the city being lit up by a total of over sixty installations. With the gates of the parks and open spaces being wide open, shimmering lights adorning the streets and structures of the city, and the heart of Tallinn looking more vibrant than ever, this is one of the magical festivals in Estonia! 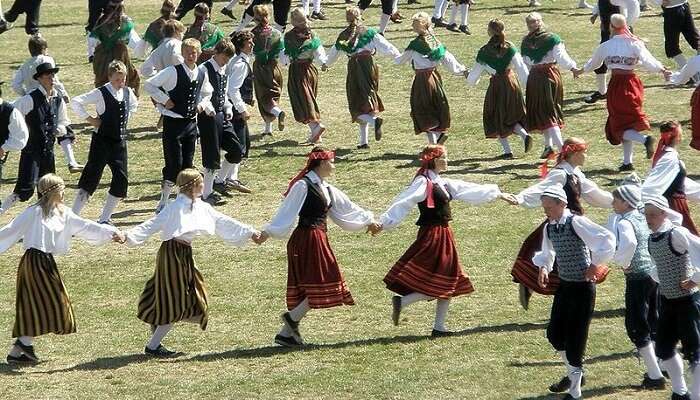 Another one of the Estonia festivals 2022 that showcases the culture of the city in the most brilliant way possible, August Dance Festival is all about the various folk dance genres of Estonia. Taking place in the last week of the month of August, this festival celebrates those genres that are a crowd-pleaser not only amidst the Estonians, but also the Baltic region. 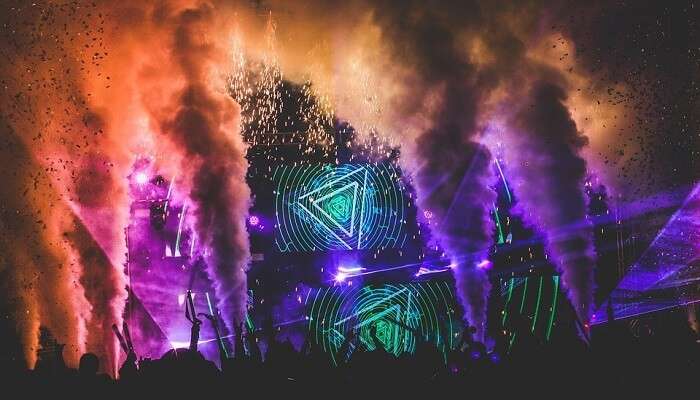 One of the leading and much-awaited music Estonia festivals 2022 in the entire continent, Tallinn Music Week boasts about the edgiest hits that are nothing but crowd-pleasers. One gets to hear the rhythms of various genres ranging from metal and pop to contemporary classical and folk, making it an experience to embrace. The line up of performers is mostly the renowned artists and celebrities, thus appealing to the crowds even more. The happiness and liveliness see no bounds in the individuals who attend this week-long music festival! 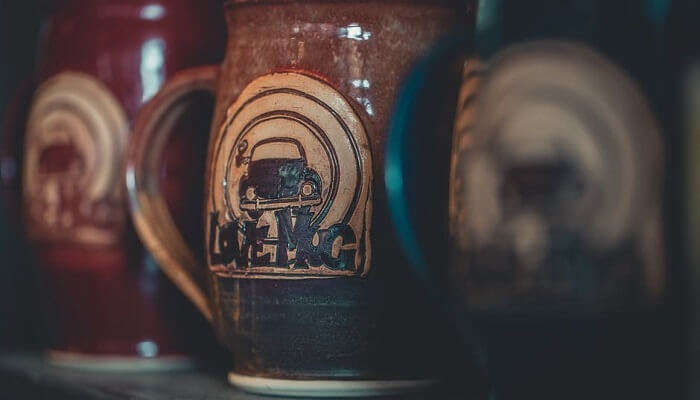 If beer is your answer to all the hangout plans, you should definitely visit Estonia when they are celebrating their craft beer weekend. The largest Craft Beer Festival is all set to host the grand festival, yet again. First started in the year 2015, TCBW is celebrated by the world’s best breweries in the entire world coming together, along with the local stars and losing themselves in the aromas and flavors of the best beers from every corner. The guests are spoilt with a choice of beers that is around 400 different varieties!

Museums In Estonia: 10 Places That Describe The Rich Heritage Of The Country

Estonia is a nature-driven country with wonderful landscapes, making it the perfect place to enjoy traditional and musical festivals. Get a chance to experience these festivals in Estonia by booking a vacation in Europe through TravelTriangle. So, make sure you do not miss out on visiting Estonia, especially if you are enthusiastic about music.

Looking To Book An International Holiday?

Best Places To Visit On A Friends & Family Trip To...